The most important at a glance:

At the end of the 1950s the son of the company’s founder, Rudi Schmidt, had the idea to develop a machine embroidery thread made from viscose. His vision was to embody the luster and shininess of viscose in a thread for machine embroidery. In order to achieve this, a new kind of thread had to be developed, as viscose was only used in the production of exclusive fabrics at that time.

In 1975 the “Burkhardt & Schmidt Garnfabrik” changed their name to “Madeira Garnfabrik”, because the machine embroidery thread "Madeira No.40" meanwhile became famous worldwide. The name derives from the Portuguese Island Madeira that is known for its famous embroideries. In former times, embroidered artworks from this island were exported to Oriental and European royal dynasties.

The company shifted into the third generation. The twin brothers Michael and Ulrich Schmidt are running the company until today. They developed Madeira to be a global player with several subsidiaries around the world.

Madeira’s development brought to new products, and it became a leading manufacturer of high quality embroidery and special effect threads in the 80s, complementing the market with a unique variety of different embroidery threads as well as metallic threads such as  "Metallic 40" or "Supertwist", the Haute Couture's sparkling thread.

During that time, the Schmidt brothers consequently modernized, expanded, and developed the production site in Freiburg. Today, Madeira is one of the most modern and efficient thread manufacturing companies in the world and is running one of the most high-tech and sustainable thread dye houses in Germany.

In 1987 the Schmidt brothers founded the company “Madeira Garne”. Another production site was created next to the existing company in Freiburg. From now on, the worldwide famous threads are wound on small spools for the consumer market.

Now the colorful butterfly appeared in the company’s logo. This beautiful animal stands for Madeira’s marketing philosophy that puts customers into the focus of its attention. Just the way a butterfly transforms out of its grey pupa, embroiderers and quilters create colorful and lively masterpieces out of a simple spool of thread.

The product range has been continuously expanded to satisfy the needs of the creative markets. Since 2003, Madeira has been revolutionizing the market with “Aerofil”, a premium quality sewing thread at an affordable price. The market launch of the “Premium Embroidery Stabilizers” in 2006 was a further milestone. Madeira was the first company to offer stabilizers and backings clearly arranged in a trade display, explaining the use of each product by illustrations and finally bringing order to the confusing world of stabilizers. New developments completed the amazing range of special effect threads, such as “Frosted Matt”, a machine embroidery thread as matte as chalk, or “Lana 12”, a thread that looks like fur, and “GoldenSilver”, a thread with a pure silver coating.

Today, the Madeira Group is a family owned global player with 400 employees around the world and several subsidiaries in Europe, USA and Asia. The headquarter with its production plant is still located in Freiburg, Germany. 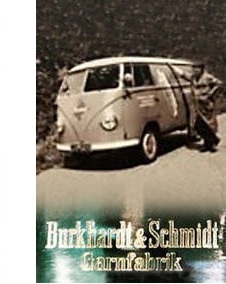 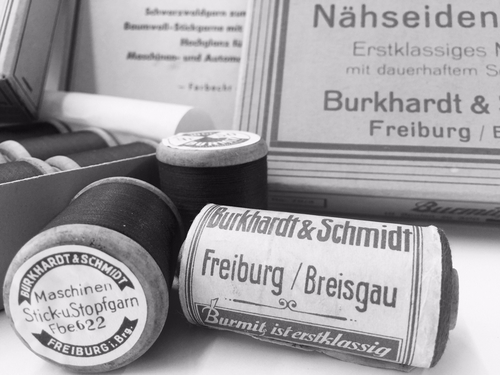 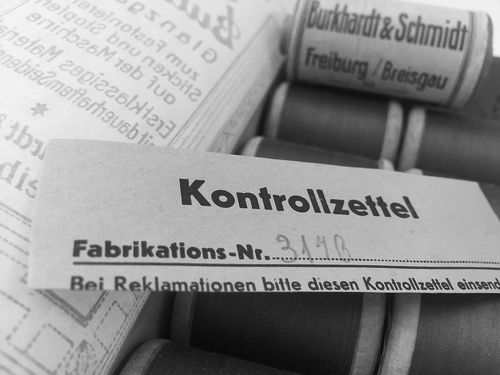 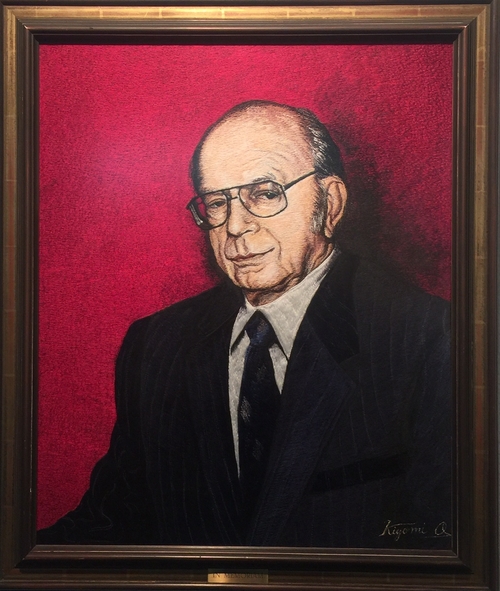 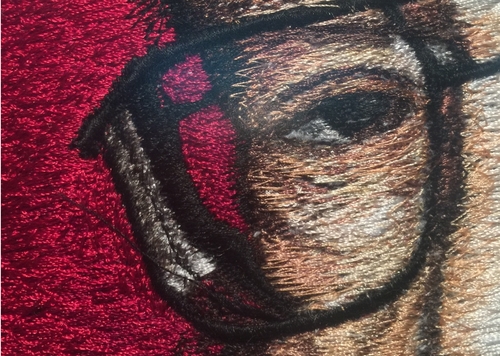 Embroidered portrait of Mr. Rudi Schmidt, the son of the company’s founder (†1996) 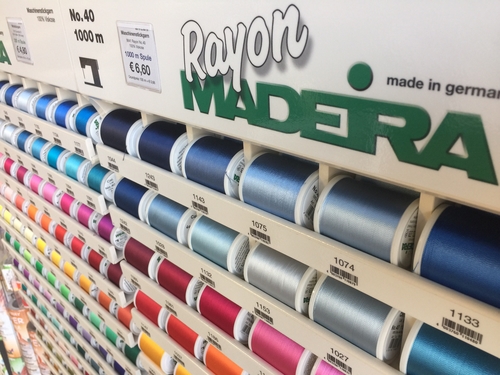